The main focus during the initial development of RobWork, was to provide a C++ toolbox of basic mathematics, kinematics, visualization and motion planning for robotic research and applications. After several years the goals of RobWork expanded to include more functionality with task description, script interface, plugin interfaces, dynamic simulation, simple vision and a more general and extensible visualization tool. This made RobWork appear to be more of a framework than a toolbox, and in simple applications this was true. However, the goal of RobWork has never been and probably never will be to include or become a component/communications framework such as e.g. Orocos, Orca or ROS. In fact for large projects we (RobWork developers) use and also encourage others to use these frameworks in conjunction with RobWork. In that case RobWork is best viewed as a C++ toolbox and not a complete framework.

It is important to understand this development of RobWork and also its dual usage as both framework and toolbox since this is somewhat reflected in the software structure of RobWork. One of the main concerns in the development process has been to limit the number of external dependencies and to keep a clean “self explaining” Java style API. As such the project has been split in several packages allowing the use of toolbox functionality without too many external dependencies.

The figure below shows a structural overview of RobWork and how it is to be applied in applications. The four layers do not describe a control architecture, but illustrates how various software packages depends upon each other. At the bottom level labeled External we find the libraries on which RobWork relies. 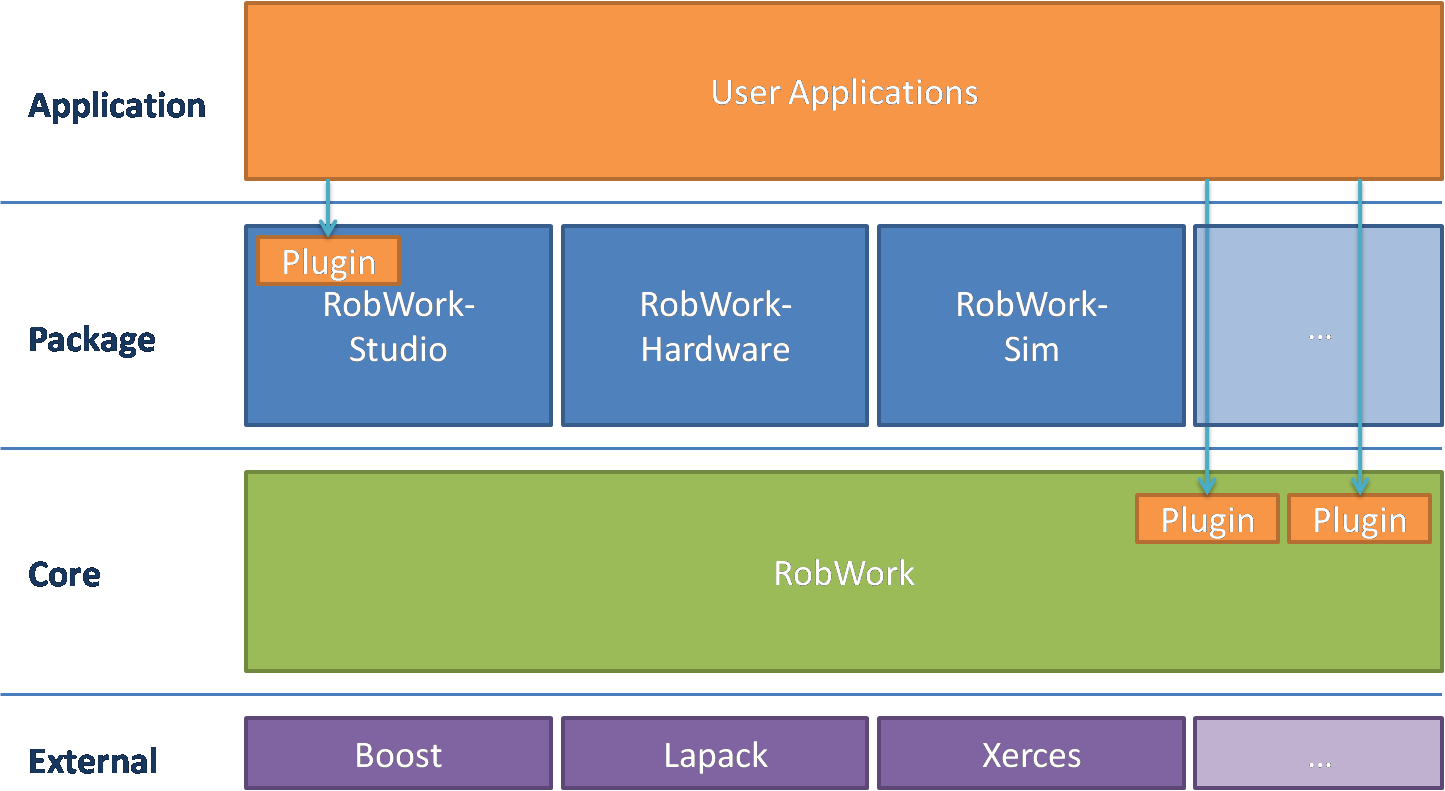 Example code are found in the the following directories:

Each example should exist in both a C++, Python, Java and Lua version.

The remainder of this manual will be structured as follows:

First RobWorkStudio is introduced along with the default RobWorkStudio plugins. An introduction is given on how to create user-defined plugins in RobWorkStudio. The basic programming conventions used in RobWork is then introduced. Thereafter different concepts, components and primary interfaces of RobWork will be described in more detail. This includes:

This includes the basics needed by most new users. For more advanced topics, see the Tutorials section.