This describes the sensor framework as it is intended to work, and not necessarily how all sensors are working at the moment.

Consider a physical setup with a sensor. In a virtual environment, we then want to run four simultaneous simulations of the same setup in slightly different conditions.

First, we construct a rw::sensor::SensorModel to model the physical and virtual sensors with a general model of parameters and the data produced by a sensor modelled by this type of sensor. The data is to be stored in the State variable. The rw::sensor::Sensor interface is implemented to acquire data from the physical device, and we attach the SensorModel to the sensor to describe its parameters and output. RobWorkHardware provides some implementations for physical hardware. Then we construct a rwlibs::simulation::SimulatedSensor and four rwlibs::simulation::Simulator instances. Each simulator can now run with the same SimulatedSensor, as the state of the SimulatedSensor is stored in the running State of each simulator. It is possible to wrap the SimulatedSensor under the Sensor interface to hide the distinction between real and physical sensors. Notice that the SimulatedSensor must still be stepped forward in the simulator to be able to retrieve information from it. To get the Sensor abstraction, the getHandle function can be used on SimulatedSensor. One Sensor handle is returned for each separate Simulator. To get the image from a SimulatedSensor for a specific State in the simulation, this can be retrieved from the SensorModel.

The rwlibs::simulation namespace contains various sensors that can be simulated. This includes cameras, scanners that cary depth information, and a simulated Kinect sensor that can apply a noise model simulating a real Kinect sensor.

A simulated sensor is defined in the WorkCell format by adding a certain property to the sensor frame. The property should have the name Camera, Scanner2D or Scanner25D to be recognised as a sensor frame in RobWorkStudio. An example is shown below. Notice that the property description does not influence the order of the numbers written inside the property tag. The numbers should always be written in the order shown.

RobWorkStudio will render the camera frustum for frames that has the Camera property. This is for instance shown in the following scene: 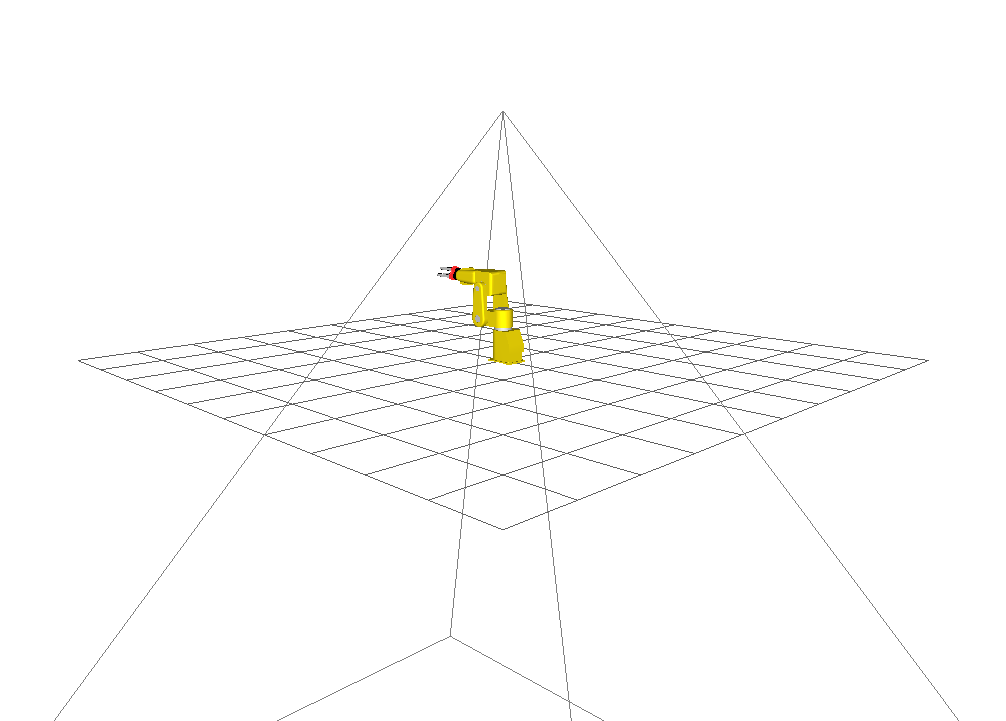 You can change views between cameras using Ctrl + the key [1-9], were 1 is the default view.

To see the camera output, open the Sensors

Notice that the camera picture will update automatically if you move the robot in the scene. The update speed can be changed in the plugin.